3 How to do NFT Marketing
book
a call

Targeted advertising for an NFT project

How to get the lowest cost per conversion?

An online game to create, buy and sell NFT dogs for users all around the world
Web metrics

Targeted advertising is characterized by the accuracy of configuration advertisements to the intended target audience. Advertising on social networks will bring you maximum conversions in the shortest possible time whatever niche you work in. In addition, you can constantly monitor the effectiveness of your advertising campaigns and turn off ineffective ones and further optimize existing advertising campaigns.

Our client approached us with this task in the Summer of 2021. Through the use of targeted advertising, the Client wanted to test different audiences and find the best region to promote his product + understand the cost of attraction per registration since the Client had no experience working with this niche.

The Client is the developer of an NFT project. The Client distributes NFT tokens with the help of a multiplayer game, which is available worldwide.

In simple terms, an NFT token is the ownership of a unique physical or virtual asset, similar to an electronic certificate. In our case, the NFTs were different virtual and unique dogs in the game. The dog is the main character of the game. Users can buy them, grow them, play with them, collect different collections, sell them, something similar to the digitalized Tamagotchi.

The Client contacted us for the service of launching targeted advertising in order to obtain the maximum possible number of registrations on the game website at the lowest price. Our team had to test different audiences around the world and identify those regions where the conversion would have a lower cost.

After signing the cooperation agreement, we began to develop a promotion strategy. The first difficulty that our team faced was the analysis of the niche and competitors.

NFT is a very young niche. It is associated with cryptocurrencies, since payment for the sale of NFT goods occurs in cryptocurrencies (for example, Bitcoin, Ethereum). In different countries, there are restrictions on advertising and distribution of any information related to cryptocurrency. Companies are forced to hide the true message in advertisements, so it was very difficult to analyze competitors.
Nevertheless, we managed to determine which creatives are used by competitors most often

Fig. 1 – This is footage from games or character presentation

We recommended that the project designer (this was a client-side contractor) use bright creatives depicting the characters of the game, that is, dogs, or show the general interface of the game. Also use a simple call to register in the game.

Again, due to restrictions in this area, we could not use all kinds of words and symbols related to cryptocurrency. Therefore, we tried as much as possible to shift the focus to the game itself. 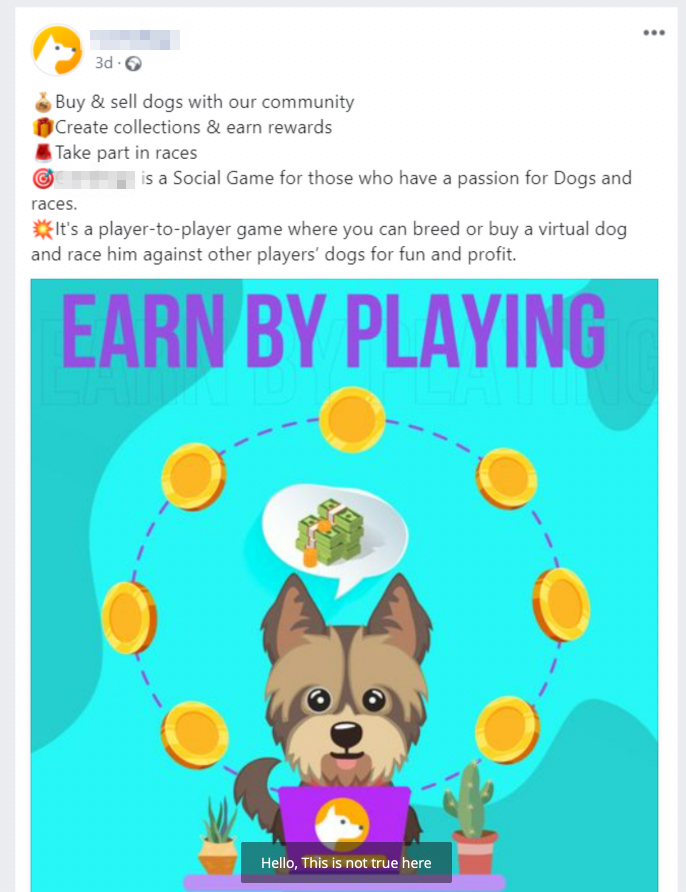 SMM-specialists of the project prepared a work plan for promotion.

We have prepared three audiences by interest:

After that, we collected audiences of website visitors, as well as those similar to those who performed a conversion action.

At the second stage we launched an advertising campaign with the goal of “Conversion” on the audience who were already on the website in order to receive registrations.

The problem we were facing is often the lack of understanding among users of what the website offers. In ads, we promoted a game that can be earned, but when users went to the website, they registered but did not play further. Many users simply did not understand the value of buying an NFT token.

Nevertheless, we managed to achieve our goal – to select the regions in which conversions for registration were obtained at the lowest price.

You need to get permission from Facebook to run targeted ads on any product or service related to cryptocurrency. This procedure is described in great detail in the Advertising Rules.

The main requirement of the website: prove that you work legally. And then you will be able to promote the cryptocurrency through targeted advertising.

Many companies that want to advertise cryptocurrency and related activities prefer not to do so directly, but through news, games, and other permitted formats.

Written permission is not required if advertised:

There is a twofold situation in our case. On the one hand, blockchain-based technology (NFT) is not prohibited from advertising, and on the other hand, our users could only earn cryptocurrency in the game. We couldn’t talk about it openly.

Also, Facebook has a list of special certificates, licenses, and registrations that you need to have when running ads in a given country. Recall that our task was to test the audiences and determine the lowest cost per conversion. Accordingly, our Client could not have all the necessary licenses.

registration with the Australian Reporting and Analytical Transaction Center (AUSTRAC);

Austria: registration as a provider of virtual currencies (according to the Austrian Money Laundering Act) with the Financial Market Supervisory Authority (FMA).

Canada: Registering as a Money Operator (MSB) with the Financial Transactions and Reporting Analysis Center of Canada (FINTRAC).

Estonia: Authorization for the provision of virtual currency services from the Financial Intelligence Unit (FIU).

Finland: Registration in the Register of Virtual Currency Service Providers of the Financial Supervisory Authority (Fin-FSA).

Hong Kong: Registration with the Securities and Futures Commission (SFC) or SFC license for types 1, 7 and 9 regulated activities.

Accordingly, we could not use words and any symbols related to cryptocurrency, mining, trading. 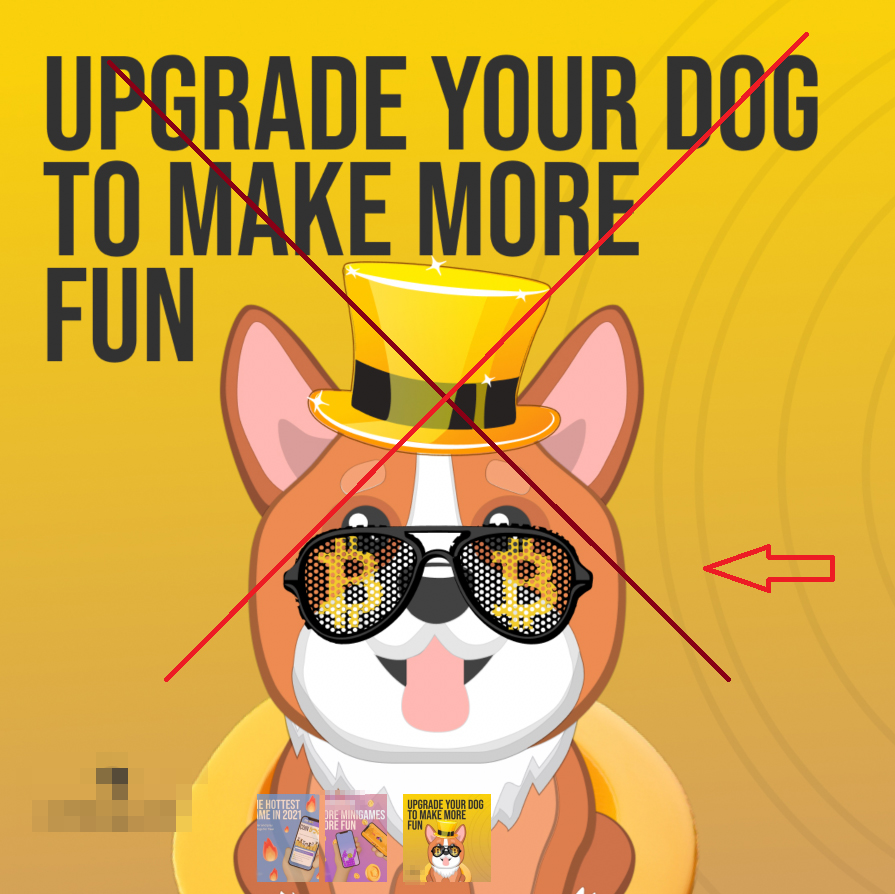 Рис. 5 – It is forbidden to use bitcoin icons

On the banners, we used ordinary gold coins and the main game characters – different characters of dogs. Because of this, the second difficulty followed: misunderstanding of users. They went to the website through our advertisement, started registration, and then, in order to create their own dog, it is necessary to pay the owner of two other dogs for the “birth of a puppy”. We could not broadcast these features of the game in any way.

During the first reporting period of cooperation (mid-July – late August 2021), we set up six advertising campaigns for the interests mentioned above in the following countries: USA, Malaysia, India, Germany and Indonesia.

The highest price for registration was in the USA, so we decided to turn off the AC. And also turned off the campaign for Germany due to budget cuts.

The countries with the lowest registration fees are Indonesia, India and Malaysia. The launched ad campaign in Indonesia ran the longest and was launched most often.

During this period, it was possible to achieve such indicators:

After analyzing previous AC, we decided to update the banners and increase the budget in the most effective campaigns.

Advertising campaigns in Australia and New Zealand were more expensive than all the others, they had to be suspended. Similarly, the AC was suspended in Germany. It turned out that Germany is the most expensive country in terms of clicks, regardless of niche. The lowest price for registration was again in Indonesia, and acceptable in Malaysia.

During this period, it was possible to achieve such indicators:

Thus, in two months we learned which regions are the most profitable for getting leads.

Despite the specifics of this niche, we delved into the rules for Facebook advertisers and our ad account has never been blocked. We also consider this an achievement (targetologists will understand :-))

In the future, you can develop the page on Instagram, drive traffic to it and get even more subscriptions, and, as a result, registrations on the site. In addition, continue to run targeted ads for selected audiences in the most relevant regions.

The Client applied for a SEO service even during the website design stage.

8 243
9 385
more details
Order
website promotion
More useful articles and manuals are yet to come Stay up to date!