3 Case: Contextual advertising for a website to book quest rooms in Barcelona
book
a call

Leave your email and receive discount 10% for our services

Contextual advertising for a website for booking quest rooms in Barcelona

The client had launched campaigns in Ads and wanted to reduce the cost of the application to a level not exceeding 10 euros.

How to reduce the cost of an application by 7,5 times

The Client worked on a franchise, and in 2015 he opened his own network of escape rooms. The scenario and decorations of the quests are carefully thought out, engineers, artists and decorators are working on them. Getting into the quest room, the visitor gets a movie around him with sound and special effects not just a costume puzzle.
Web metrics

Reduced price per application by 87%

Reducing the cost of applications and increasing their number

What did we have at the start

We set up a new advertising campaign with shared keys based on those conversion keywords and search queries that we took from a previously running campaign.
We also studied keys in Spanish and English for the Client’s new quest rooms. Set up GTM, analytics, goals.

Due to these innovations, we:

Some sample of ads we ran for the Client: 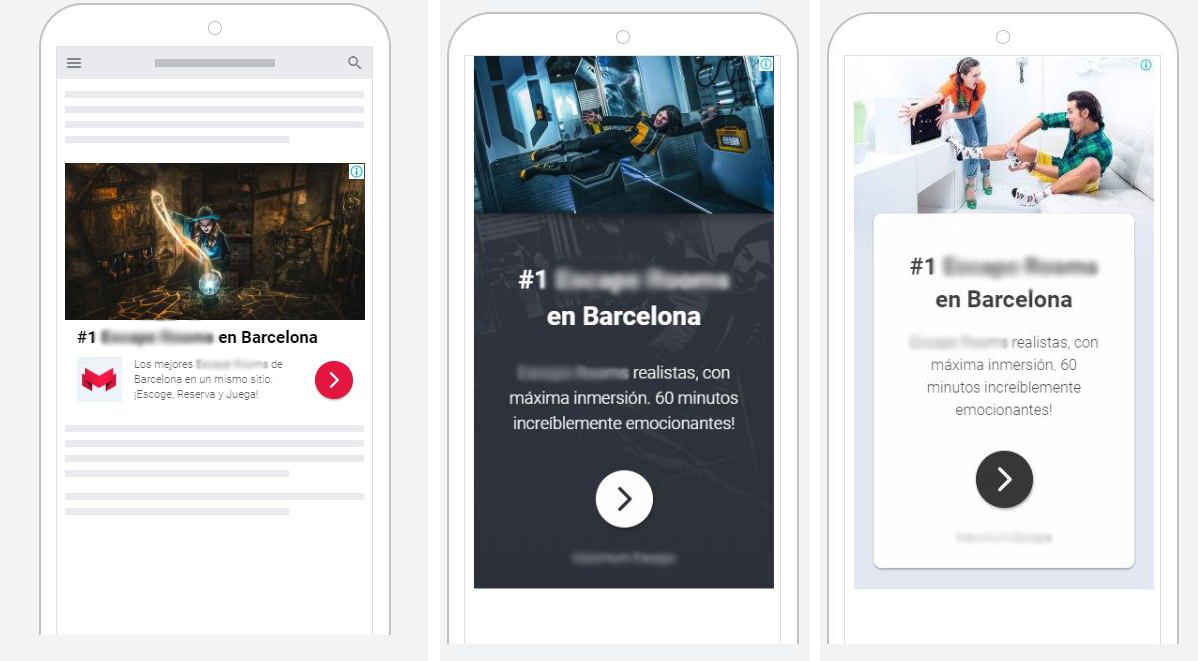 Later we did an experiment with expanding geotagging from Barcelona to the whole of Catalonia. This led to a significant increase in traffic and the number of applications.

Fig. 2 — Traffic and application growth dynamics after the Experiment

We excluded cities with an application cost above 10 euros based on the results of each month’s work.

In the summer of 2019, we once again expanded the semantic core and improved the search campaigns in Catalan with the study of all possible extensions.

It is worth noting that the PPC specialist and business owner initially had a biased attitude towards smart strategies, since the campaign statistics were initially worse than with manual bidding. The client demanded to return to manual bidding at the slightest fluctuation in the conversion price above 10 euros.

Constant changes early on prevented the strategies from learning. But over time, we came to a stable work of campaigns. And both sides were happy with the final result.

The table shows how the number of visits grew, as a result, the increase was + 213%.

Fig. 4 — Dynamics of growth of conversions and their cost

At this stage of cooperation with the Client, when adding new quests, we carry out work on the adjustment of groups, update creatives and extensions.

We are testing new Ads functionality by agreement with the Client.

Email marketing for a flower shop in Canada

The Client independently did mailings but didn't use other email marketing tools besides promotions. He came to us to improve the result of email marketing.

The Client had an app page and decided to try out a new kind of promotion to improve page performance in the Google Play store.